The Atlantic 613 R corner wood fireplace is freestanding and comes standard fully assembled on a log storage base. The 613 R is a closed combustion fireplace which means it burns less wood and produces very efficient heat. Why not utilize that corner in the room and install a purpose made corner fireplace.Manufactured to the highest European fireplace quality standards the 613 R corner wood fireplace comes with an ‘A’ European rating and is 75% efficient.

See also the Atlantic 613, 614 and 613 R models in the range. The Atlantic series has the coveted Flamme Verte 7 star certification.

WATCH THE VIDEO BELOW 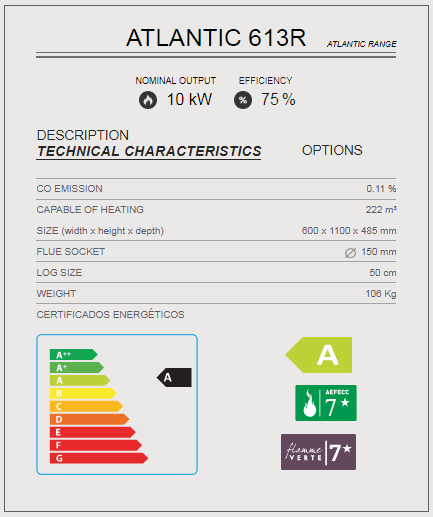